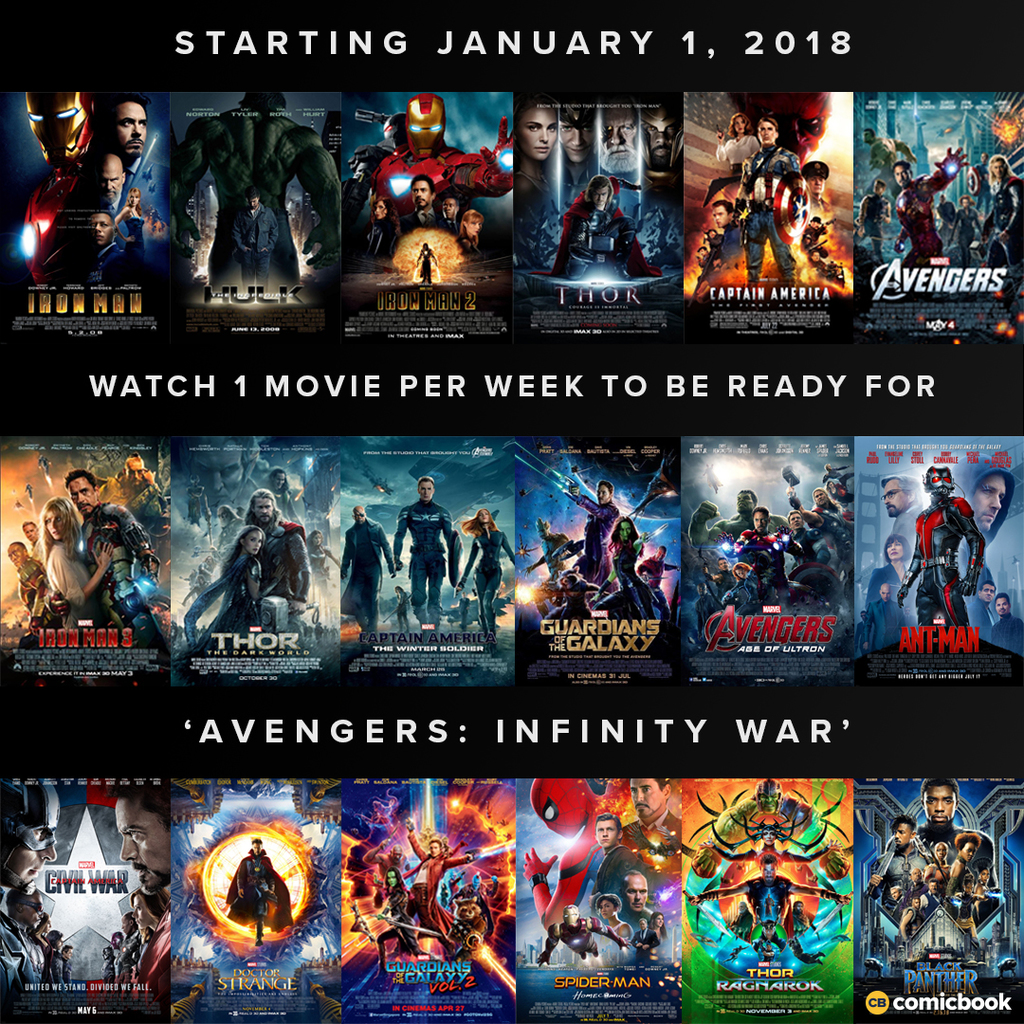 AMC just announced that they will be doing a 31 hour Marvel Cinematic Universe Marathon leading up to the premier of Avengers: Infinity War.

Right now all we know is that they are offering this event. There is no price or schedule listed. What we do know is it is saying April 26 will be the date and it should lead attendees right into the release of Avengers: Infinity War on April 27th.

So far there are 18 films in the MCU that have done over 14.6 billion dollars world wide!
This has all happened over the last ten years, with the movies rolled out in three “phases.” Phase 1 went from the first Iron Man in 2008 until Marvel’s The Avengers in 2012. The second “phase” ran from 2013 until Ant-Man in 2015. Third phase has been going since.

This isn’t the first time that a movie theater chain has held a MCU marathon before a new film release, but it’s the longest to date. There are more films set to come out into next year.

I’m interested to see what the price tag will be to attend this experience? I found one writer discussing his experience at one of these events in 2015, ahead of Avengers: Age of Ultron, and at that time the price was $70 and was only offered in 8 cities across the country. You can read about their experience Here.

We can infer from this it will be at least $70 (most likely more since several movies were added) and it will only be available in select theaters. Either way, it’s going to be a exciting and exhausting experience for those that attend.