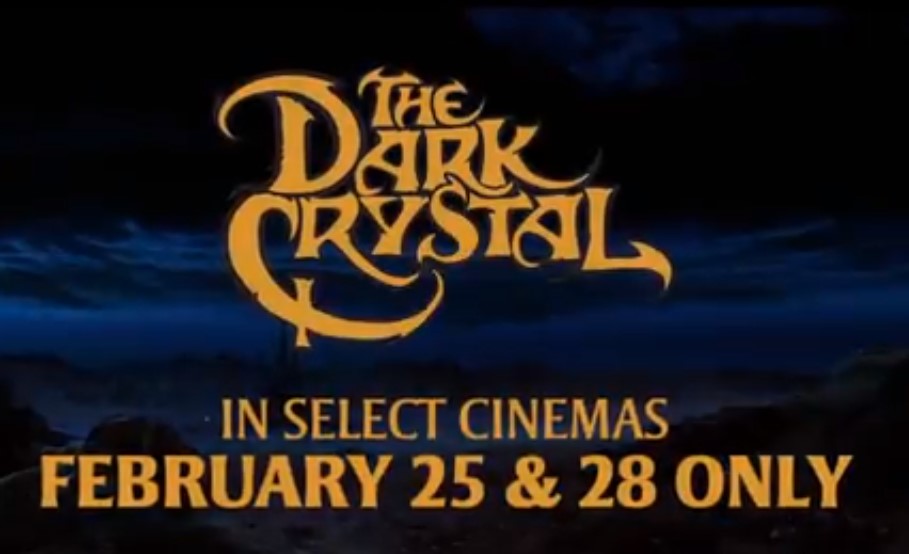 The Dark Crystal is a well known 1982 classic film from the Henson company. Directed by Jim Henson and Frank Oz, The Dark Crystal was a story about a Gelfling named Jen and his quest to fix the crystal and restore unity to the Skeksis and Mystics.

Fathom Events has announced a re-release of the original film to over 500 theaters in the United States. There will be two dates to watch the film, February 25 and February 28.

The new film will also have an introduction by Jim Henson’s daughter Lisa Henson. This behind the scenes look at the making of the film will air before the actual film.

Here is a look at the Re-Release Trailer:

The re-release comes several months after the Henson company announced it would be creating a new 10 episode show with Netflix. The new Dark Crystal: Age of Resistance will take places decades before the original 1982 film.

You can learn more at Fathom Events. Tickets will be available at select theaters 2/25 and 2/28 with show times at 2PM and 7PM local times.