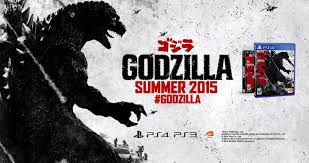 I was just thinking about doing a new story on the upcoming Godzilla game for PS4.  It is the one thing our son really wants for his birthday in July (release date is July 14.)  I was searching for information and as luck would have it Kotaku.com had the same idea and posted some info just a few hours ago.

I recommend you link to their article and give it a read, but I will put some of the highlights here as well.

I found more info on Amazon

They also have a video showing the game

I notice they have World Wide Online Multi-player mode.

Our son is so excited about this game!
You can pre-order it today!