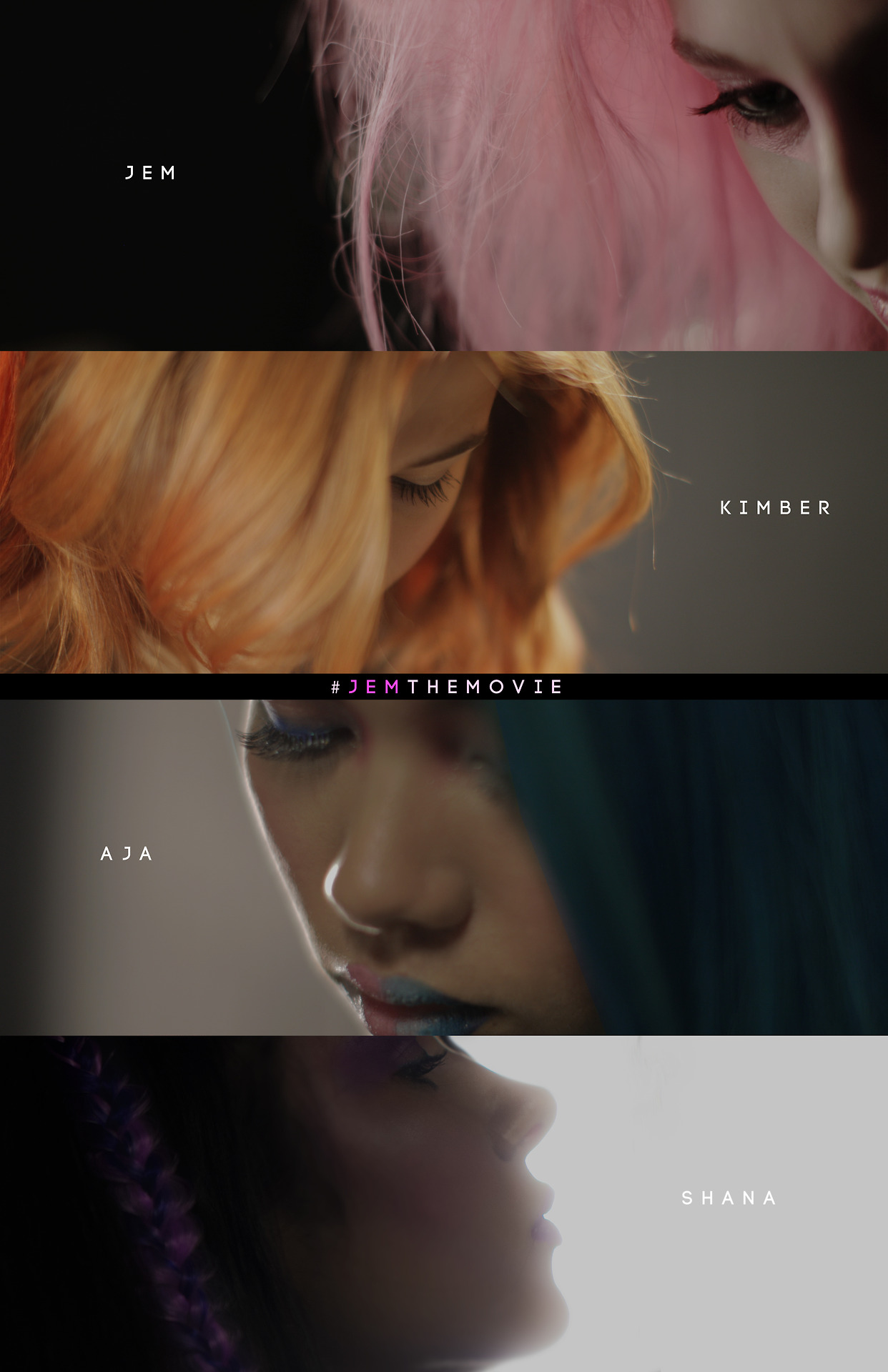 Have you heard the news? Classic ’80s cartoon Jem and the Holograms is getting a live-action movie reboot! And the cast has been revealed.

From The Hollywood Reporter…

Jem is her name, no one else is the same.

In her first major film role, Nashvilleactress Aubrey Peeples has been cast as the lead, Jem, in the live-action Jem and the Holograms film, which is being directed by Jon M. Chu.

The Holograms have also been cast:Stefanie Scott, who starred on Disney’sA.N.T. Farm, will play Jem’s sister, Kimber;Pretty Little Liars actress Aurora Perrineau will play Shana; and The Fosters‘ Hayley Kiyoko has been cast as Aja.

Based on the 1980s Hasbro toy line that was also a beloved cartoon, the film will be produced by Jason Blum’s Blumhouse Productions, Scooter Braun Productions and Chu. The film has been moving along quite quickly, and is already shooting.

The cartoon ran from 1985 to 1988 and chronicled the adventures of Jerrica Benton and her alter ego, Jem, a singer who fronted a band called The Holograms. When the project was first announced on March 20, producers said Jem is being reimagined “for a whole new generation with themes of being true to who you are in a multitasking, hyperlinked social media age.”

Commenters are complaining about the casting of Shana, arguing that the actress isn’t dark-skinned enough for the role. While it’s probably not a dealbreaker, I can foresee some Last Airbender-like backlash on the horizon from longtime Jem fans.

No word on whether or not bad girl band The Misfits will be in the movie, or who will play them. Personally, I’m hoping for a motley crew of Amanda Bynes, Lindsey Lohan and Miley Cyrus. That would be so meta.

Regardless, Kam is a huge fan and looking forward to this. How about you?

Will the New Netflix / Dreamworks ‘She-Ra’ Have The Power?