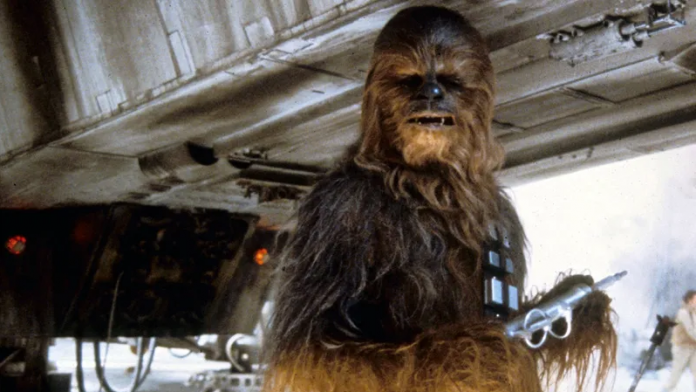 It’s a sad day to be a Star Wars fan.

Actor Peter Mayhew, the loveable walking carpet from several Star Wars films, has passed away at age 74. Mr. Mayhew died at his home in Texas on May 2, 2019. No cause of death has been mentioned yet.

As someone who loves the classic Star Wars films, it’s a sad day.  We’ve been around pop culture and comic conventions for many years and every time Peter Mayhew was a guest people were so excited and told wonderful stories about how kind and gracious he was.

Star Wars Co-stars and George Lucas made statements about his passing:

He was the gentlest of giants-A big man with an even bigger heart who never failed to make me smile & a loyal friend who I loved dearly-I’m grateful for the memories we shared & I’m a better man for just having known him. Thanks Pete #RIPPeterMayhew #Heartbroken @TheWookieeRoars pic.twitter.com/8xbq9HEWF2

“We were partners in film and friends in life for over 30 years and I loved him.”

Much more than Chewie to me…My heart hurts…I will miss you my dear friend…thanks for the great memories! #RIPPeterMayhew #StarWars pic.twitter.com/0DfCo59zpG

George Lucas made this statement:

“Peter was a wonderful man. He was the closest any human being could be to a Wookiee: big heart, gentle nature…and I learned to always let him win. He was a good friend and I’m saddened by his passing.”

The family of Peter Mayhew, with deep love and sadness, regrets to share the news that Peter has passed away. He left us the evening of April 30, 2019 with his family by his side in his North Texas home. pic.twitter.com/YZ5VLyuK0u

Kiss a wookie in their memory.

Marvel is Set to Re-release Avengers: Endgame to Theaters with Extra...